A Pocket Full of Crumbs

Poems of strong and well-crafted connections – between communities in the West of Scotland and the West Bank Palestinian territories; between prayer and politics; between a lyrical delight in the natural world – and down-to-earth living, observed with warmth and humour.

‘It’s a terrible habit,’ Jan Sutch Pickard writes, ‘putting food into my pocket. This keeps happening: where the midpoint of an Iona Community pilgrimage is marked by welcome flapjack; at beach picnics with my family sharing sandy sandwiches. When I was an Ecumenical Observer, a peace monitor, on the West Bank, I was given flatbread from the taboon – the earth-oven – of my Muslim neighbours; in West Jerusalem, the Women in Black shared cookies at the end of a stressful demonstration; after church in Nablus, Palestinian Christians lingered over coffee: but I’m not good at eating and talking. The morsels go into my pocket – and later become food for the birds.’

This collection of poems can be compared to such crumbs – from many sources. Poems of strong and well-crafted connections – between communities in the West of Scotland and the West Bank Palestinian territories; between prayer and politics; between a lyrical delight in the natural world – and down-to-earth living, observed with warmth and humour.

Jan Sutch Pickard is a former Warden of Iona Abbey, a storyteller, liturgist and Methodist lay preacher. She has twice served as a peace monitor with the Ecumenical Accompaniment Programme in Palestine and Israel.

The sleeper shuffles into Crianlarich

on a grey morning, eyes not quite open yet.

Stepping onto the platform, I feel air from the hills

and am startled by a world full of wings:

swallows swooping round the station,

small bodies that jink and dart,

over the down platform, past tearoom signs

and tubs of late-summer flowers,

across lines stretching south to Glasgow,

dancing as though delighted,

maybe with the morning midge-rise,

or simply with all that air

low-flying, then looping over and up

to gather on wires with fast-beating hearts:

a new brood testing their wings

in training for the long haul

where lines converge on the horizon,

connecting with another hemisphere

and this in-between place where I’ve alighted,

paused for breath, is where the tired year

breathes out and blows them far away –

where the young swallows’ journey starts. 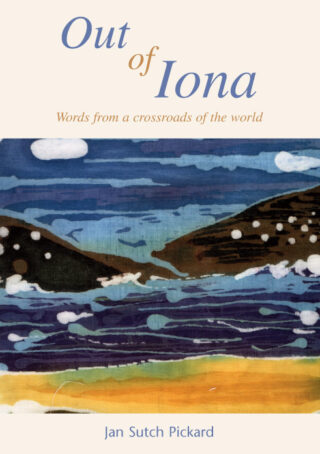 Poems, readings and reflections which capture not only the wildness and beauty of the island of Iona but also the pressures and gifts of living in a community on an island of pilgrimage. 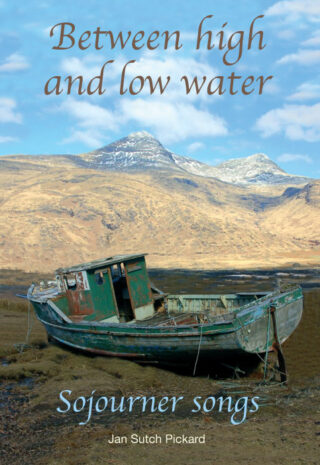 Between High and Low Water

A book of poems from the edge, by the author of Dandelions and Thistles. With down-to-earth detail, they celebrate the beauty, uniqueness, mystery of this world which we share and the courage of people who, confronted by injustice, hold on to their humanity.