An updated and revised version of Ian Bradley’s acclaimed biography of Columba, which examines Columba’s character, life and achievements and explores the key themes of Columban Christianity – politics, penitence and pilgrimage.

See some sample pages from this book hosted by external website issuu.com

Columba is one of the best known and most well documented figures in Celtic Christianity and has consistently been Scotland’s most popular saint. His journey from his native Ireland, where he was born 1500 years ago, took him eventually to Iona where he established a monastery which was to have a hugely important role in the Christianisation of the British Isles. Iona remains today a spiritual beacon and magnet drawing pilgrims from across the world keen to learn about his legacy and follow his way.

In this substantially updated and revised version of his acclaimed biography, which has never been out of print since it was first published 25 years ago, Ian Bradley examines Columba’s character, life and achievements. He explores the key themes of Columban Christianity – politics, penitence and pilgrimage – and their sometimes uncomfortable message for us today.

Ian Bradley is Emeritus Professor of Cultural and Spiritual History at the University of St Andrews, a regular broadcaster, preacher and lecturer and the author of more than forty books, six of which are on aspects of Celtic Christianity.

Some readers have the habit of marking key passages in the pages of their books. My own copy of this one is covered in pen marks. It’s marvellous.
Rennie McOwan, Scots Magazine

Ian Bradley has done great things for Celtic Spirituality. He is not interested in populism or trendiness, but seeks an accurate dissemination of trustworthy information. And like the best academics, he changes his mind when new data requires it. This is a good book about Scotland’s greatest Irish evangelist.
John L Bell, Wild Goose Resource Group

See some sample pages from this book hosted by external website issuu.com 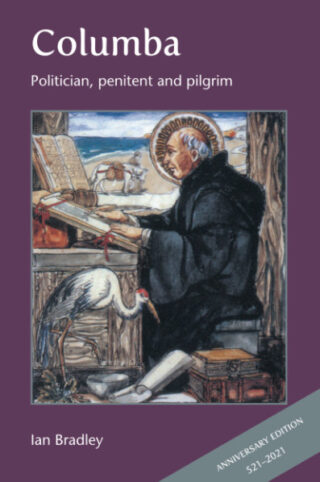 An updated and revised version of Ian Bradley's acclaimed biography of Columba, which examines Columba's character, life and achievements and explores the key themes of Columban Christianity – politics, penitence and pilgrimage.