An evening with George MacLeod

Now available as an audio download: A one-man play about the founder of the Iona Community. Based on George MacLeod’s conversations with the author, along with material drawn from sermons, prayers, diaries, letters and stories, the first half gives a sense of what it was like to be exposed to George MacLeod at the height of his powers. In the second, the old prophet sits in his room and reminisces about his 96 years on earth. Performed by Tom Fleming.

“George Fielden MacLeod, founder of the Iona Community, was one of the great churchmen of the twentieth century. For those of us who had the privilege of knowing him the memory remains bright and vibrant. For those of you who did not have that privilege, or who might have lacked the stamina to spend two hours in his company – an experience someone once likened to being mugged in the East end of Glasgow – my hope is that, as you listen to this, you will find yourself in the company of that remarkable, complex, endearing and uncomfortable human being.”

The one-man play Every Blessed Thing has won standing ovations from packed houses in London, Edinburgh, New York and Toronto. Recorded in a state-of-the-art studio, it is now available as an audio download.

In Every Blessed Thing, Ron Ferguson intends the listener to spend an evening in George MacLeod’s company. The evening is based on George MacLeod’s conversations with the author, along with material drawn from the subject’s sermons, prayers, diaries, letters and stories.

The first part presents MacLeod in the raw – brilliant, inspiring, annoying, obsessive, provocative, courageous, prophetic, magisterial – in a kaleidoscope which is intended to give the hearer a sense of what it was like to be exposed to the man at the height of his powers.

In the second part, the old prophet sits in his room and reminisces about his 96 years on earth. George MacLeod would no doubt be pleased that just when people thought it was safe to go out again he was still, through this recording, hectoring, maddening, inspiring and challenging listeners about the issues so dear to his heart.

“While I was researching and writing my biography of George MacLeod, I could ‘hear’ George’s voice declaiming the material I had before me. My strong sense was that some of the MacLeod material should be listened to as well as read, since George’s voice and delivery were part of what made his presence so charismatic. Then, one day, I casually turned on the radio, just in time to hear George MacLeod’s voice. Only it wasn’t MacLeod, it was my good friend Tom Fleming, who was reading some of George’s prayers. It was uncanny. Tom had mastered George’s accent and inflections, so much so that some long-standing members of the Iona Community thought it was BBC archive material. In that moment, Every Blessed Thing was born. I wrote it specifically for Tom Fleming. It was premiered in 1994 in front of a packed theatre, which included a whisky-fortified Mary, Maxwell and Neil MacLeod. Tom Fleming’s electrifying performance earned him the first standing ovation at the St Magnus Festival in seventeen years. Since then, the one-man play has been performed in places as diverse as Iona, Edinburgh, Perth, Glasgow, Ardrossan, London, Toronto, New York and Connecticut.”

Ron Ferguson is a former leader of the Iona Community and the author of twelve books. A new edition of his best-selling biography of George MacLeod, which was shortlisted for the Scottish Writer of the Year Award, is published by Wild Goose Publications.

Tom Fleming had an illustrious career in television, radio and the theatre until his death in 2010. His professional theatre debut was in a company led and directed by Edith Evans in 1945. In 1953 he co-founded the Edinburgh Gateway Company and from 1962-4 was a leading member of the Royal Shakespeare Company with whom he toured in eleven countries. His films include Mary Queen of Scots, Meetings with Remarkable Men and King Lear.

Note about the audio files: This item is supplied as two downloadable mp3 files of 53MB and 61MB. Duration of play is just under 2 hours in total.

After your payment has gone through, you will receive an order confirmation email containing a link to click to download your files.
If you don’t receive this email, please let us know (admin@ionabooks.com). Remember to look in your junk folder if you have one, as it might have ended up in there. 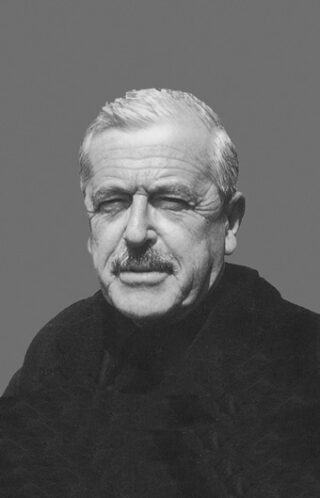 A sermon given by George MacLeod at the Church of St. Andrew and St. Paul, Montreal in 1947, recorded on a 78 rpm vinyl or shellac disk and recently transferred to digital format. 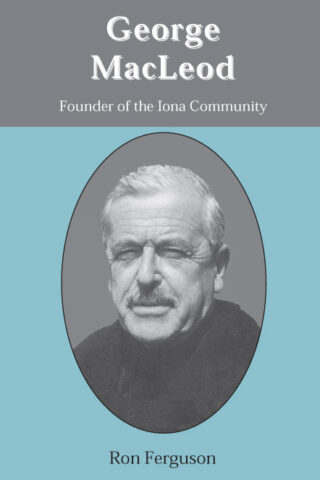 The definitive biography of one of the twentieth century's most fascinating and influential churchmen, an outspoken challenger to the status quo and the founder of the radical and often controversial Iona Community. 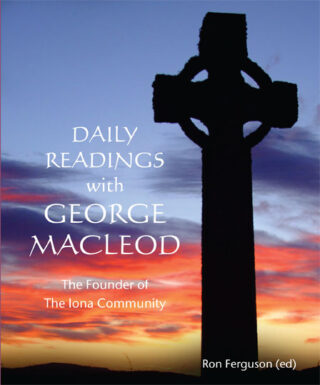 Readings from the founder of the Iona Community. Many lives were changed by George MacLeod's spine-tingling sermons, and many more by his personal example. These extracts give a flavour of the passion and poetry of the Celtic mystic who led the rebuilding of Iona Abbey.