Every Creature a Word of God (Downloadable book)

Compassion for animals as Christian spirituality

Downloadable book: Care for creation includes examining our attitude to all our fellow-inhabitants of Planet Earth, not only the human ones. Not just a book about protecting animals; also an inspiration towards living an all-encompassing Christian spirituality…

Care for creation includes examining our attitude to all our fellow-inhabitants of Planet Earth, not only the human ones. Annika Spalde and Pelle Strindlund have put together an authoritative and highly readable book on Christian attitudes past and present towards the animal inhabitants of our world, as well as describing their own work for justice. But this isn’t just a book about protecting animals; it is full of wide-ranging insights and experiences which also make it an inspiration towards living an all-encompassing Christian spirituality with compassion at its heart.

‘This is a book about being Christian in a world shared with other beings. We do not live here alone. We have brothers and sisters. “The animals,” wrote the American monk Thomas Merton (1915-68), “are the children of God.” What does a spirituality that affirms God’s love for all creatures look like? That is the central question of this book …’

‘Many books about animals, diet, and Christianity have been written for a general audience, but this one is now the best. The authors mix personal stories with Biblical insight and passionate argument to produce a book that is as creative as it is earnest and focused. This book is beautifully written and carefully argued. It would be the perfect book for a Bible study or church study group. Warning: it is an enjoyable read, but it might change your life.’

– Stephen H. Webb, Professor of Religion and Philosophy, Wabash College, USA, author of Good Eating and On God and Dogs: A Christian Theology of Compassion for Animals.

‘In Every Creature a Word of God, Spalde and Strindlund have produced a remarkable volume on the appropriate Christian attitudes to the other animals with whom we share this planet. The book reflects wide learning in theology and the human-animal relationship; yet it remains entirely accessible to those interested in the subject matter but who lack the breadth of learning of the authors. I have no doubt this volume will prove to be extremely popular not only with Christians seeking a deeper understanding of the moral and scriptural implications of their own faith but also with those of more secular bent who want to understand the historical and ethical implications of Christianity toward animals.’

‘Gracefully combining balanced scholarship with personal witness, animal activists Annika Spalde and Pelle Strindlund have written a book that will enable Christians of all denominations to rediscover the powerful tradition of creaturely compassion that runs throughout their religious history.’

– Reverend Gary Kowalski, author of The Souls of Animals and The Bible According to Noah: Theology as if Animals Mattered

About the authors:
ANNIKA SPALDE (1969-) is an ordained deacon in the Church of Sweden (Lutheran) and a founding member of the Swedish Christian Vegetarian Movement. Her work for nonviolence and justice has included participation in the Trident Ploughshares campaign to abolish the British nuclear arsenal; organising against the Swedish arms industry; serving as an Ecumenical Accompanier in Israel/Palestine; working as an assistant nurse in Paraguay; and living with the homeless at a Catholic Worker house in Duluth, Minnesota.

PELLE STRINDLUND (1971-) holds an MA in Religious Studies and is a founding member of The Rescue Service, a Swedish animal rights organisation working with nonviolent civil disobedience. His commitment to
justice and peace has led him to volunteer as a social worker in Tyler, Texas; live with threatened indigenous villagers in Guatemala; and accompany harassed children to and from school in Palestine.

Annika and Pelle met through their work for nuclear disarmament. They are married and live in Gothenburg, on Sweden’s west coast. They have previously published a book on Christian nonviolence, and Annika is the author of A Heart on Fire, published by Wild Goose Publications.

Every Creature a Word of God is available from Wild Goose Publications only as a downloadable book. It has been published in printed format by Vegetarian Advocates Press, Cleveland, Ohio, USA. 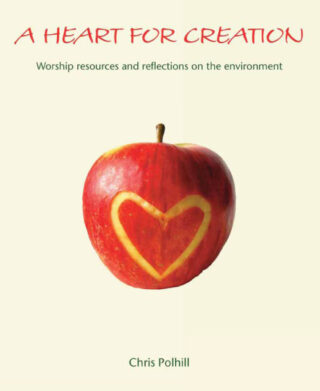 A Heart for Creation (Downloadable book)

Prayers, worship resources and reflections to help individuals and groups effect a change in mindset in relation to the environment so that we act from a more rooted place. 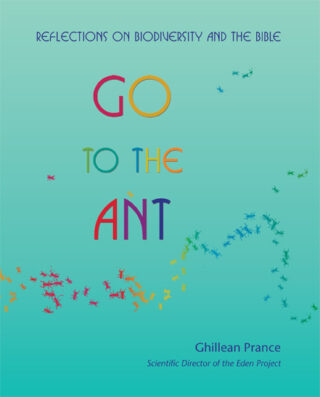 Go to the Ant

In this book of biblical reflections Eden Project Scientific Director Ghillean Prance draws richly from his experiences exploring the Amazon and many other regions, together with his knowledge of references to plants and animals in the Bible, to help us wonder at the marvels of nature and so to treat God's creation with reverence and more respect.

A Heart for Creation

Prayers, worship resources and reflections to help individuals and groups effect a change in mindset in relation to the environment so that we act from a more rooted place.