One hundred 21st-century hymn texts by John L Bell & Graham Maule that can be sung to familiar tunes – making the most of minimal congregational song resources in an accessible and resilient way.

One hundred 21st-century hymn texts by John L Bell & Graham Maule that can be sung to familiar tunes.

Singing a new song is not an optional extra, but a faithful response to a divine command. This command is the opening phrase of Psalms 96 and 98. And, St John the Divine says, this is what the saints in heaven are doing all the time.

But, on earth, things are not so easy. Sometimes it’s because the latest new song in the old hymnbook is two centuries old. Or the congregation has been told by some sadist that it ‘doesn’t sing well’. Or sometimes the organist can only play what s/he hears on the radio. Or the guitarist can do anything, as long as it’s only three major chords. However, even in such dire straits, the divine command has to be obeyed.

So what if we kept familiar tunes – hymn tunes or folk tunes – and set words to them in 21st-century idioms? What if we gave some ancient psalms a makeover, replaced threadbare wedding and funeral songs or dealt with the things that people actually talk about when they’re not in church? And what if most of the suggested tunes were so well known that – even if musicians took the huff – people could still sing the verses on their own?

What if you looked under the covers of this book and began to upset the quiet of the place in which you are presently standing by beginning to hum?

This book amounts to a modest proposal from the Wild Goose Resource Group on how to make the most of minimal congregational song resources in an accessible and resilient way. 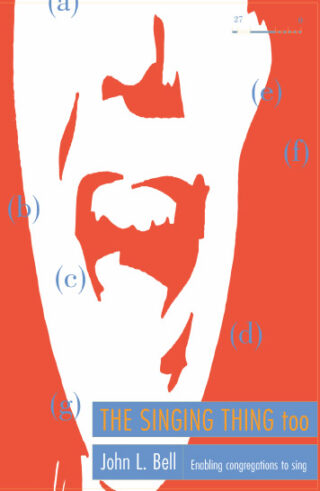 The Singing Thing Too

In this very practical book on teaching congregations to sing, John L. Bell shares insights and techniques culled from over 20 years in which he and his colleagues in the Wild Goose Resource and Worship Groups have taught new songs in venues as diverse as old people's homes and the Greenbelt Festival with over 10,000 gathered for worship. 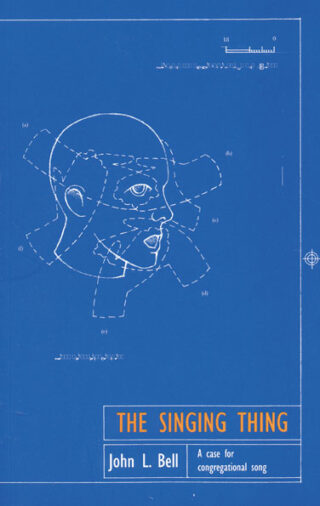 The first of two books addressing the 'whys' and 'hows' of congregational singing. Unapologetically anecdotal, it deals not with musical theories but with the reasons why people sing and how best to enable them to do so.