Living By the Rule (Downloadable book)

The Rule of the Iona Community

A series of reflections on living by the Rule of the Iona Community, exploring its history, inner life and public witness.

The Iona Community was founded in Glasgow in 1938 by George MacLeod, minister, visionary and prophetic witness for peace, in the context of the poverty and despair of the Depression. Its original task of rebuilding the monastic ruins of Iona Abbey became a sign of hopeful rebuilding of community in Scotland and beyond. Since that time, the Community’s Rule has been the common thread running through the life of its members, weaving them together.

As the church becomes polarised in many places, many people are seeking a committed life which is radical, but also open, ecumenical and inclusive. Such resources as are found in the Community’s Rule give an anchor which works against the grain of suspicion, and states that there are alternatives, that a Christian life can be lived fully in ways which do not have, by definition, to be either right-wing or reactionary.

Kathy Galloway offers a series of reflections on living by the Rule of the Iona Community, exploring its history, inner life and public witness. They arise from her conviction that ‘the Rule is, for us, a source of freedom and, in its outworking, contains something of our prophetic edge. It is not so much that I keep the Rule, as that the Rule keeps me.’

Kathy Galloway is a practical theologian, writer and campaigner. She was the Leader of the Iona Community from 2002-9 and is currently the Head of Christian Aid Scotland.

This item is available in three different formats, plus a combined-format package. For more information about e-books and the various formats available, click here. 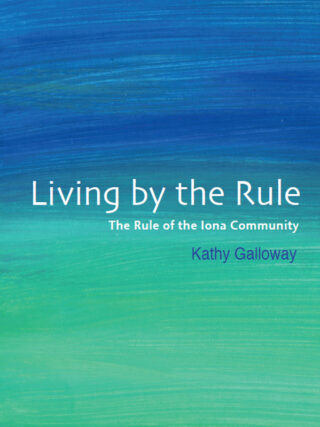 Living by the Rule

A series of reflections on living by the Rule of the Iona Community, exploring its history, inner life and public witness.