Digital download: A large collection of resources on poverty, homelessness and sharing what we have, taken from various Wild Goose books. 95 pages.

Digital download: A large collection of resources on poverty, homelessness and sharing what we have, taken from various Wild Goose books.

Prayers
Day in, day out, by Ruth Burgess
Our community, by Cedarwood Women’s Writing Group
Bought back from the pawnshop of death, by George MacLeod
On the side of justice, by Kathy Galloway
Liberator Christ, by Brian Woodcock
Prayer, by George MacLeod
You humble me before the poor, by Ian M Fraser

Downloading your file
After your payment has gone through, you will receive an email with a link to the download page.
If you don’t receive this email, please let us know (admin@ionabooks.com). Remember to look in your junk folder if you have one, as it might have ended up in there. 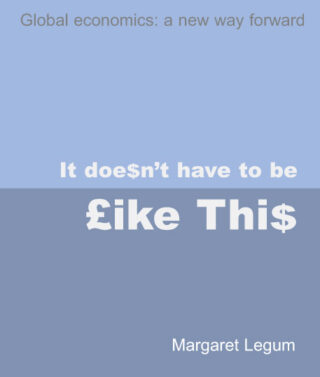 A book for all of us who feel instinctively that there is something badly wrong with our global system of trade and finance, where money for its own sake is valued over jobs and people's lives, but don't know how to start suggesting alternatives.