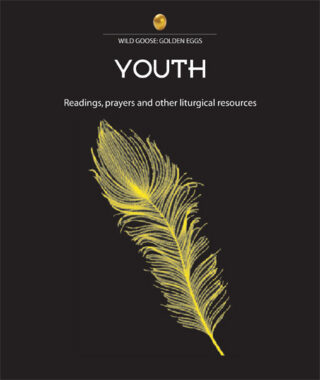 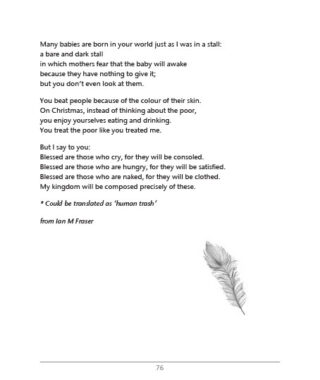 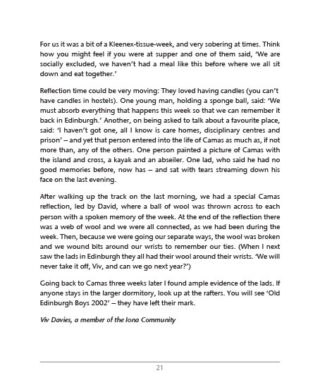 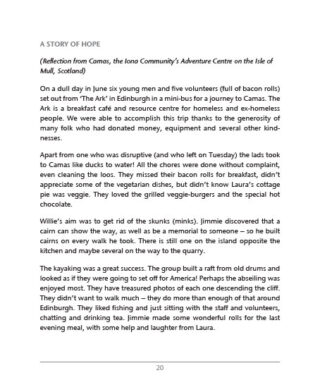 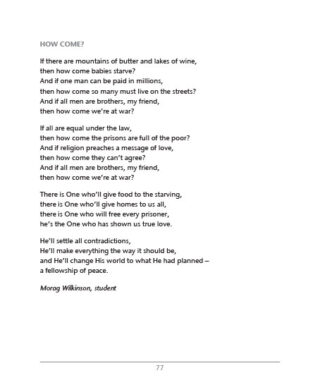 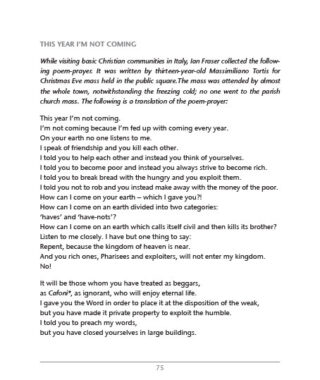 A wide-ranging, rich collection of reflective and liturgical material for youth groups, youth workers and anyone concerned with youth issues. Drawn together from various Wild Goose Publications books. 139 pages.

Digital download: A wide-ranging, rich collection of reflective and liturgical material for youth groups, youth workers and anyone concerned with youth issues. Drawn together from various Wild Goose Publications books.

‘I will pour out my spirit on all flesh … your sons and your daughters shall prophesy, your old men shall dream dreams, and your young shall see visions,’ says the Book of Joel, but at the beginning of the 21st century we are living in a time when the voices of young people are being ignored by those in power and their future is being limited.

This download includes the voices of young people themselves. The material is realistic, coming from down-to-earth places, but is full of hope and good humour.

Prayers and liturgical resources
God welcomes us, by Ruth Burgess
The last dove, by John Young
Knock, knock Who”s there?, by Helen Lambie, Vincent Manning, Neil Paynter
This year I”m not coming, Massimiliano Tortis and Ian M. Fraser
How come? by Morag Wilkinson
Youth prayer, by Neil Paynter
Intercession, by Kate Mcllhagga
Young and healthy, by Jenni Sophia Fuchs
A prayer of thanks for healing love, by Tom Gordon
Children and young people, by Kate Mcllhagga
Visions and potential, by Brian Woodcock
Magnificat for two voices, by Rachel Mann
Do we see … will we listen? by Yvonne Morland
The song of the angels, by Jean Mortimer
Quick, by Jan Sutch Pickard
Young angry, by Reinhild Traitler
Joe, by Rachel McCann
Dropping the adjectives, by Alix Brown
More than enough, by Tom Gordon
I heard, by Tom Gordon
The power of protest, by Christine Green
Timothy and Paul, by Jan Sutch Pickard
I”ve come to light that candle, by Sheila Hamil
The way I am, by Nancy Cocks
Jesus is coming, by Elisabeth Varley
Jesus was young, by Kathy Galloway
Unless a seed dies, by Nancy Cocks
Jacob”s Luz becomes his Bethel, by John Davies
Closing responses, by Emma Wright
A closing blessing, by Ruth Burgess
Dreams and visions, by Jan Sutch Pickard

Downloading your file
After your payment has gone through, you will receive an email with a link to click and a code number to paste into a box on the download page.
If you don’t receive this email, please let us know (admin@ionabooks.com). Remember to look in your junk folder if you have one, as it might have ended up in there.